Additionally, paste this code immediately after the opening tag:

The History of the Hoover Dam

The Hoover Dam is one of the most unique and iconic landmarks in the United States. While the Hoover Dam is impressive to look at, it is also a landmark steeped in history. If you want to get an up-close-and-personal look at the Hoover Dam, a great way to get in the heart of the action is through a kayak Hoover Dam tour. Blazin’ Paddles, a kayak tour company based in Las Vegas, has all the resources you need to enjoy a day out on the water, touring a treasured American landmark.

Why Kayak the Hoover Dam?

There are many ways to experience the Hoover Dam, but taking a kayaking tour of the dam is one of the most rewarding and memorable excursions that you have. When you book a kayak Hoover Dam tour with Blazin’ Paddles, you will meet like-minded people who also want to see a famous landmark while getting in a good workout in the process. Kayaking the Hoover Dam is also an excellent option for those who want to get a glimpse of the landmark while avoiding some of the most crowded areas. Along with seeing the dam, you will enjoy other naturally beautiful areas in the Las Vegas area, too, including the scenic Colorado River and the Black Canyon. You can even stop off to enjoy a dip in hot springs along the way, and you may also be lucky enough to spot wildlife as you paddle along. All of that wrapped up in one exceptional package! 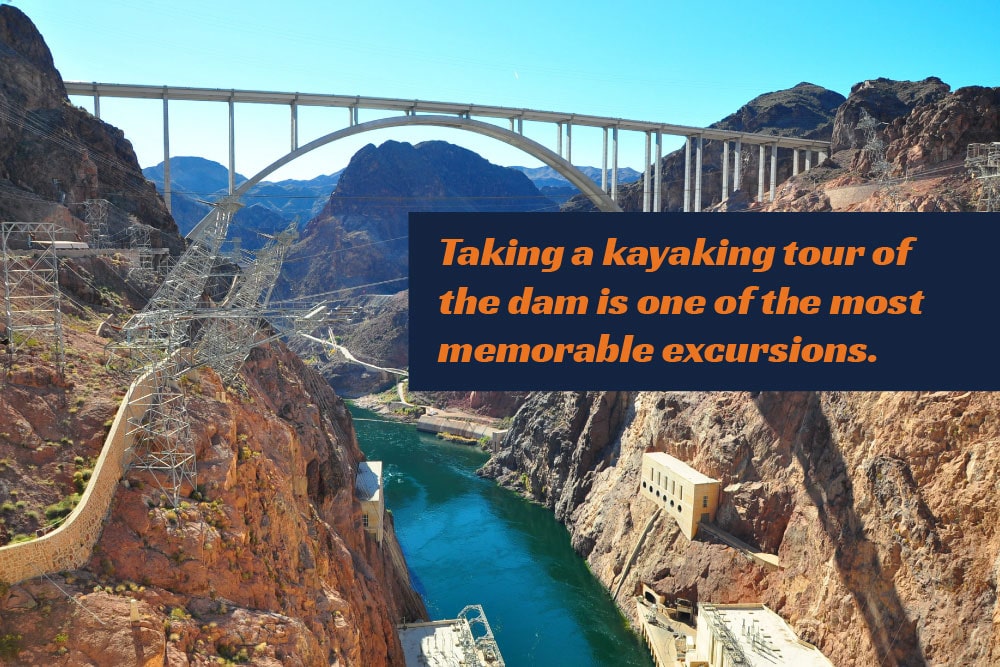 When was the Hoover Dam Built?

The Hoover Dam was constructed during the Great Depression. Construction started on the dam in 1931, and it was completed five years later in 1936. The dam was built in such a way that it spans the Black Canyon and the Colorado River. The dam also creates Lake Mead, which is another popular natural site in the area. Lake Mead is a beautiful man-made attraction that is also one of the largest artificial lakes on the planet. The Hoover Dam is named after former president Herbert Hoover, who envisioned building a structure that would divert water from the Colorado River for use in agricultural projects. While farms in the West used canals for most of their water supply, the canals proved expensive and inefficient. President Hoover proposed the Hoover Dam as an alternative. He provided funding for the dam and oversaw financing for its ongoing construction. The dam cost a significant amount of money to construct, and it was also a dangerous project that cost hundreds of workers their lives. 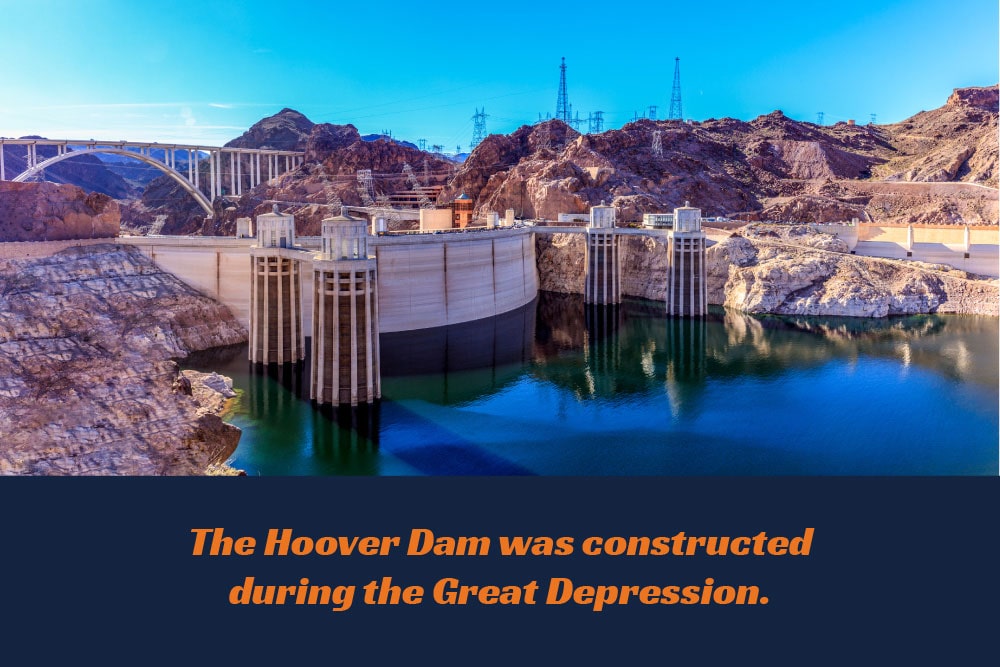 Why was the Hoover Dam Necessary?

The Hoover Dam was considered an essential project by the US government because it would solve some of the significant water-related issues plaguing the West. Prior to the dam’s construction, farms in the West were irrigated by intricate canal systems. However, the canals were expensive and challenging to maintain. About 25 years before the Hoover Dam’s construction got underway, the Colorado River experienced significant flooding that damaged and destroyed many of the canals. The flooding extended to a large area called the Salton Sea, which was previously dry. Following the major flooding, the US government decided it was better to control water flow into the area to help farmers by providing sustainable and predictable irrigation. The Hoover Dam would also supply the developing region with a source of power was another plus. Former President Calvin Coolidge approved the Hoover Dam, and its construction began shortly after.

The Hoover Dam has gone through several name changes since it was built. The dam was initially called Hoover Dam, but the name was later changed to Boulder Dam under the Roosevelt Administration. After former president Roosevelt left office, the dam’s name was changed back to the original Hoover Dam in 1947.

If you are an engineer or simply enjoy looking at feats of engineering, a trip to check out the Hoover Dam is a must-do in Vegas activity. The Hoover Dam was one of the grandest and most challenging engineering feats in American history. The dam still serves the same original purpose today that it did when it was first built, which is to harness the water and power of the Colorado River. The dam was ultimately constructed to divert water from the Colorado River and turn it into electricity.

Today, the Hoover Dam is registered as a National Historic Landmark. It continues to supply Lake Mead with sufficient water to carry out its original purposes. With the water it contains, Lake Mead can provide up to two million acres of agricultural land with water for crops and livestock. Along with holding water for irrigation, Lake Mead is also a top tourist destination in the Las Vegas region. If you are looking for things to do in Vegas during the day after you pay a visit to Hoover Dam, a stop at Lake Mead is highly recommended. 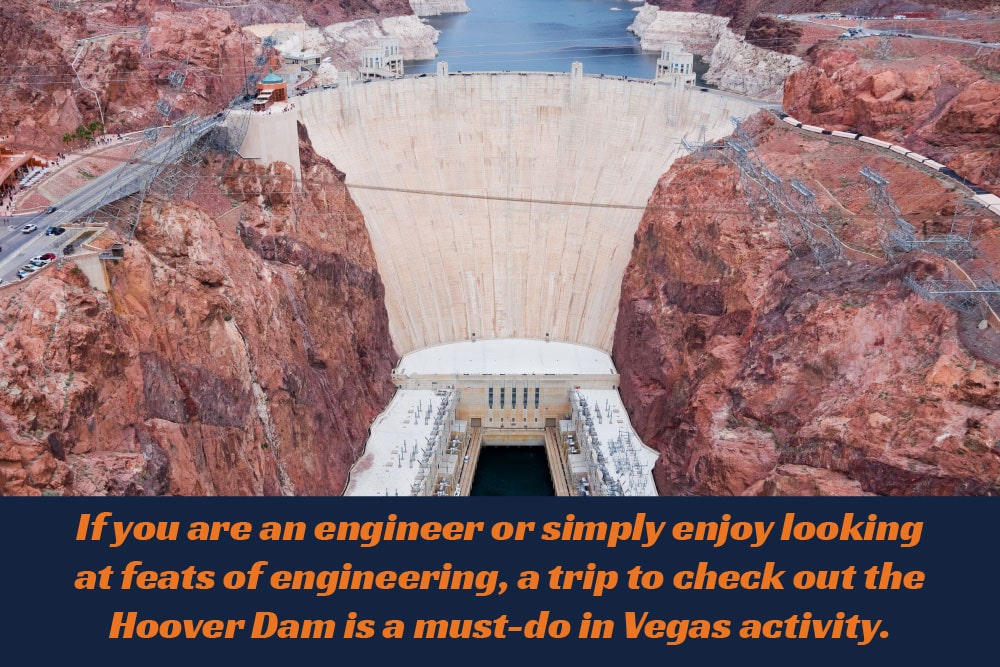 The Hoover Dam in Numbers

The Hoover Dam remains the largest dam in the country. It is as tall as a 60-foot building, and it can hold as much water as the State of Connecticut. Workers used enough concrete to cover the distance between San Francisco and New York City to construct the dam. The base of the Hoover Dam is 660 feet thick. 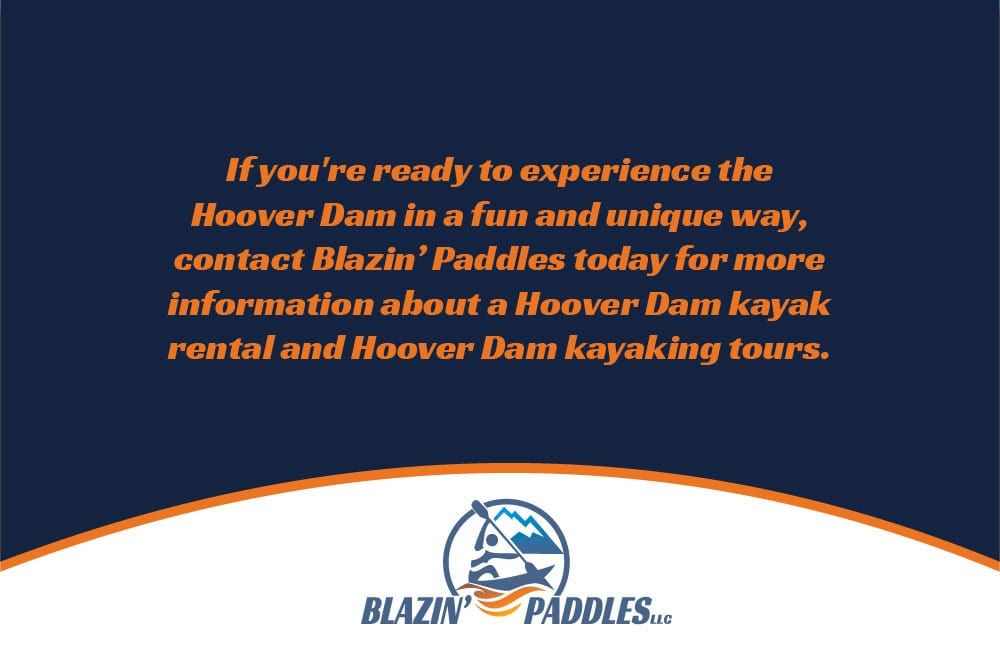 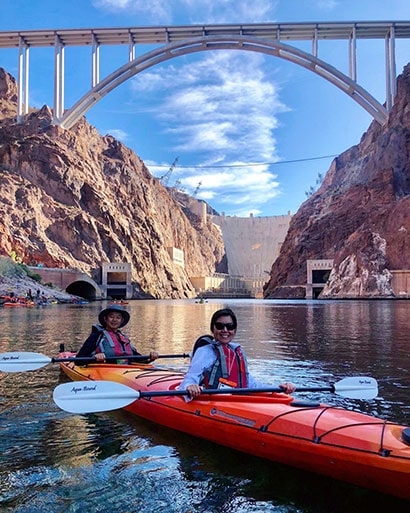 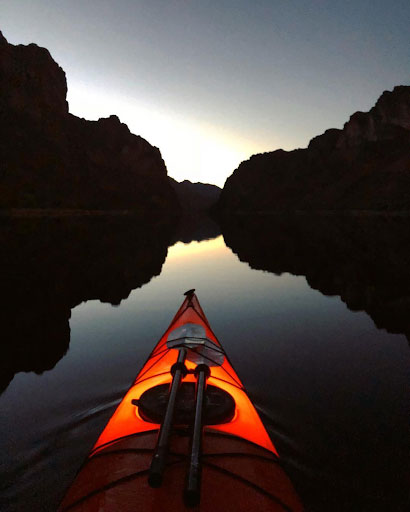